This project tests if native predators could regulate populations of invasive species. The project will analyse the diet and selectivity of major predators with special emphasis on the invasive species round goby.

Required qualification: We are looking for a motivated student interested in applied aspects of invasive species issues and hands-on laboratory work.

The Baltic is a species poor system sensitive to invasions of alien species. Recently, the Harris mud crab and the Round goby have invaded the system and locally reached high abundances. Both these species consume blue mussels, the most important benthic filtering species and responsible for clearing large quantities of water from algae. Hence, blue mussels play an important role for preventing algal blooms. Once an invasive species are established it could be impossible to exterminate. Under those situations management actions are focussed on reducing its negative impact. One way may be to increase the abundance of natural enemies. However, in the Baltic Sea some potential natural enemies are also submitted to harvest, such as the fish species cod and pike, whereas others are protected such as grey seals and cormorants. This project aims to identify the most important predators on the invasive round goby to provide guidance to managers that rests on the linkages between species and ultimately an ecosystem approach. The interested student will join the research group AlienAllience at Aquatic Ecology and run the project in cooperation with Karl Lundström at SLU that has already analysed some diet samples of fish, bird and mammal predators and hosts further samples to be analysed. Data on fish abundances are available through SLU that performs annual test fishing in coastal areas of the Baltic Sea. 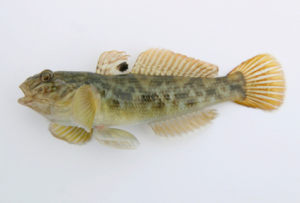